Their mission is to lead the CMR Group’s transformation to accelerate the benefits of the global footprint of CMR’s teams and to adapt to the continuous evolution of its markets strongly driven by the energy transition.

​​​​​​​The Leadership team is responsible for functional and operational businesses, in all the geographical zones where CMR Group operates. They take decisions to implement the Group’s strategy and growth, while maintaining its operational excellence and its customer trust.

12 AGENCIES AROUND
THE WORLD

a KEY PLAYER IN THE ENERGY TRANSITIOn

WE ACT To
REDUCE IMPACT CARBON 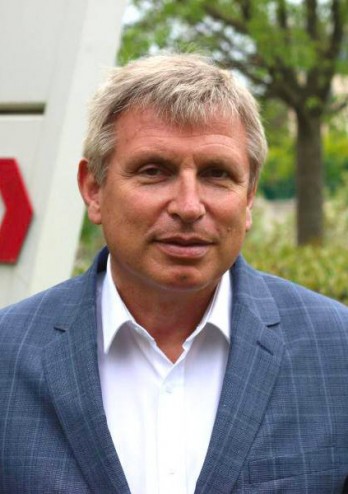 Yves Barraquand became Chairman and CEO of CMR in 2016; thanks to his extensive managerial experience, he has accelerated globalization, diversification and the development of society towards low-carbon solutions.

Yves began his career in the French civil service, as Director of Cabinet of the Secretary of State for the Sea, first, then Director of the Cabinet of the Minister of the Environment. In 1993, he joined the Bolloré Group, where he held various management positions until the executive presidency of Delmas, a major international shipping operator.

In 2002, he joined the Kering Group and held the position of Executive Vice-President for 3 years, then was Managing Director of Rexel, a large company specializing in the distribution of electrical equipment.

In 2005, he was appointed CEO of Winoa (formerly Wheelabrator Allevard), the world leader in abrasive shot. After 10 years of development and diversification of the group, Yves becomes CEO of Genoyer, a company specializing in the supply of piping equipment for the oil and gas and fluid transport industries.

Yves is a graduate of the École Polytechnique and the École des Mines de Paris. 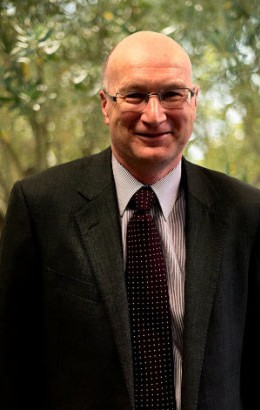 Steve Bean joined CMR Group in 2011 as Group QHSE Director with the key objective of improving quality performance whilst establishing a global approach to QHSE within all CMR sites leading to common systems and approaches resulting in the implementation of the Group ‘Drive for Zero’ culture. Prior to joining CMR Steve worked for global engine manufacturer Cummins Inc. where he was based in the UK and held various leadership positions in Engineering, Quality and Purchasing at both a local and regional level. Steve holds an MBA and a bachelor’s degree in mechanical engineering. 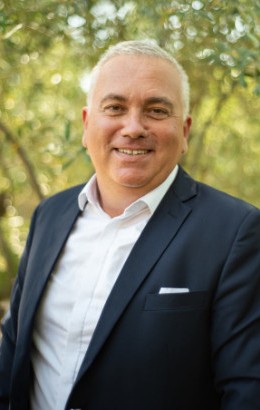 Jean-François Michel joined CMR Group in 2016 as Group Production and Purchasing Director with the objectives of transforming the existing team into a global supply organization and streamlining the manufacturing sites for future growth. Jean-François began his career in 1994 in manufacturing management in the automotive industry at Valeo. He joined Somfy Group for an international career holding several management positions in the global manufacturing and supply chain. He worked in China for 6 years as an expatriate at Somfy Group where he held the position of General Manager of the Production Unit, leading the evolution of the business towards the Chinese market. Jean-François is a graduate of the École Nationale Supérieure d'Arts et Métiers (ENSAM) - ParisTech. 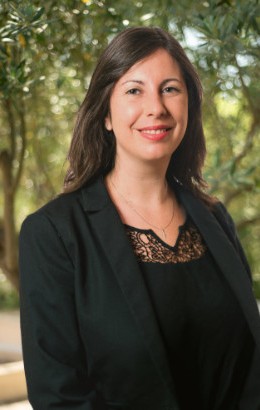 Coralie Monnot has joined CMR in 2017 as Director of Human Resources, Communication & Corporate Social Responsibility, supporting CMR with its international growth and developing new standards matching the company ambition. Coralie started her career as a Human Resources Business Partner for SAP, the market leader in enterprise application software. She led several projects in HR development area. Then she continued her career as a Human Resources Manager at Haribo for a manufacturing plant in Marseille, working on the organizational and cultural transformation of the site. Coralie holds a business bachelor from EDHEC Business school and a master’s degree in Human Resources. 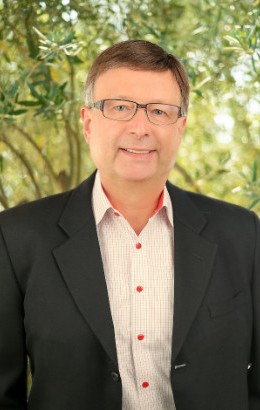 After joining CMR in 2018 as Managing Director of CMR Far East in Singapore, Frédéric SERNA now supports the commercial activity of the Control Solution department. His 30 years of experience of off-shore market for propulsion and control solutions will accelerate CMR development in South-East Asia. Frederic started his career in 1987 as a consortium General Manager in South Korea for the Schneider Group, subsequently Cegelec, and then moved to several management positions within Alstom Power Conversion, Converteam and General Electric. In 1998, he moved to Singapore to capture a share of the untapped Offshore business in Asia as a Regional Director leading to several successes for Converteam and General Electric. Then he led as Managing Director at Marshal System, a Singapore-based SME in telecommunication, safety and automation systems for the Oil & Gas industry. Frederic holds a Master of Business Administration from Macquarie Graduate School of Management. 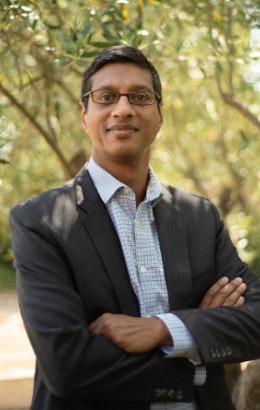 After joining CMR in 2018 as Control Solutions & Marketing Director, Davy THEOPHILE is now developing the Renewable Energies activity within CMR. After gaining experience at EDF, Davy joined Alstom Power in 1999 on hydro business to tender and execute projects in Latin America, Africa and Asia. He stayed few years in Morocco and India to develop the domestic markets and lead the local teams. In 2009, he set up the French entity for CO2 Capture business with the delivery of the first pilot plant in France. In 2012, he moved to Alstom Grid to develop and lead the energy storage business. Davy holds an Engineering Master degree from ENSEM, a French engineering school, and an Executive MBA from ESSEC-Mannheim Business school. 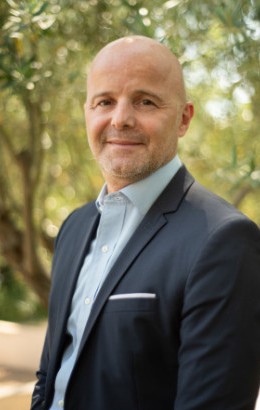 Stephan Truchot has joined CMR Group as Group Chief Financial Officer in 2017 to steer the Group ambitious transformation plan. In support of CMR growth strategy, Stephan is managing acquisitions and consolidating the Group financing capabilities, through several successive refinancing. Prior to CMR Group, Stephan was CFO for Europe and Latin America for the Suez Group. He has held various operational and corporate finance positions within Suez, Dalkia and Veolia, in the field of Environmental and Energy Services, in France and abroad. He started his career with the bank BNP Paribas in Beijing, London and Paris in Structured Finance. Stephan is a graduate of Sciences-Po Paris and the HEC School of Management. 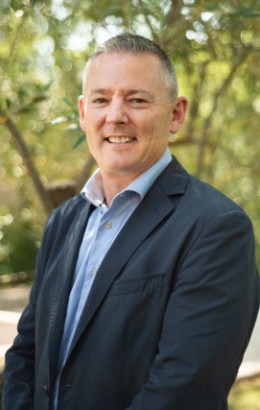 Neil Wilkinson is currently leading the Engine Instrumentation business as Vice President with a strong ambition to diversify the global customer base and work as one agile global team. He has joined CMR UK in 1984 as an Instrumentation Engineer. After several years in production, technical and commercial roles, he has been appointed as Managing Director of CMR UK in 2004, taking the business through significant growth, change and expansion. Neil has been and continues to be a key stakeholder in the globalization of CMR Group, working with worldwide customers and all sites located in France, Tunisia, USA, China and India. Neil holds an MBA degree in Enterprise Development. 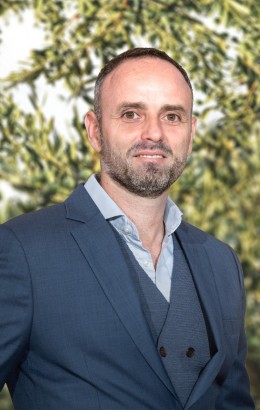 Joseph A. Alemberg is the Chief Executive Officer of CMR Far East and CMRGroup Offshore Division Managing Director. Prior to his current role, he heldvarious senior positions as Chief Projects Officer of EMAS Offshore Limitedand Group Chief Operating Officer of TRIYARDS & Strategic Marine Group ofcompanies (EZRA Holdings) in Singapore, Vietnam and Australia where hewas responsible for designing and implementing the business operations,establishing policies and procedures that promote company culture andvision, overseeing the daily operations of the company on all its componentsand operating departments across all the business units. He also held the position ofFPSO Delivery Manager for JadeStone Energy inSingapore and was the General Director of PVTRANS EMAS Company Limited(PVTEC) joint venture set up and in charge of the FPSO LEWEK EMASproduction operations in Vietnam. Before joining the company, he held seniorleadership positions at Parker Hannifin Asia Pacific BD Manager and at TankerPacific Management and Tanker Pacific Offshore Terminals. Joseph holds anMBA in Business Administration and General Management from the Universityof Haifa, external business studies unit in Israel.

Let's discuss your project together

Copyright 2020 CMR Group - All rights reserved - Legals mentions - Sitemap - Powered by ckc-net.com
By continuing your browsing, you agree to the use of cookies or similar technologies by www.cmr-group.com possibly together with other data concerning you, in order to enable the compilation of statistics with a view to improving the site and to enable you to share content on social networks.
See more - Set my cookies
J'accepte