CMR Group's international presence and reputation was significantly enhanced through displays and product launches at 4 key global tradeshows during the last quarter of 2015.

James Thwaites, Group Marketing Manager stated, "CMR is very active internationally promoting it's products, services and capability. We have had several criticial product launches during 2015 and generated a high level of interest which we have been able to convert to solid orders."

MARINTEC, CHINA 2015
Regarded as the only gateway to the Asian maritime market, Marintec China Dec 1-4 has grown to the largest ever industrial exhibition in China. Being the most recognized maritime trade show in Asia, Marintec China is an international marketplace for buyers to source from international sellers showcasing their latest marine, ship design, offshore engineering and port technology.

Over the years, Marintec China has grown to reflect the size and importance of the Asian maritime market. Marintec China 2015 has broken all the previous record and it was the largest in the event’s history, attracting more than 1,700 exhibiting companies from 32 countries /regions and 16 group pavilions, making it the most international and authorised industry event in Asia. It is a unique opportunity for suppliers to connect with new customers and re-connect with existing contacts from the region, and to present your new products and services to the trade visitors and experts from all parts of the world.

Around 1,000 companies from 40 countries exhibited at the show in Busan, South Korea on 20-23rd October. The show was attended by more than 40,000 visitors from over 80 countries.

CMR was represented by Brian Kim. E.B. Kim, Dae-hyun Kim of CMR Korea, Ian Hamilton of CMR UK and Didier Briand, Gérard Baldellou and Jérémy Ngyuyen of CMR France. The objective was to support and push CMR Group Korea’s presence in the Korean marine and engine market by creating partnerships with shipyard subcontractors.

Shindong Digitec also represented CMR and displayed a CLARINUXTM console on their stand.

Despite tightening markets in Korea and China, the show was extremely positive for CMR for potential contracts for the supply of engine components, Ballast Water Management Treatment System (BWMTS) panels and spare parts.

CMR’s stand in the French pavilion featured our AN, AMB, BC & BS sensor series and a S129 monitoring unit. Our participation was facilitated through the Business France agency. Sebastien Ozenda of CMR France and Mahesh Shinde of CMR India attended and the feedback received was that our stand was well placed and well adapted to this exhibition.

The complete show program also included two days of meetings and visits with key nuclear Indian players. Our findings from these discussions pointed towards the the Indian government being favourable to the deveopment of nuclear energy.

The focus for our stand were our latest innovations in monitoring and control products for marine and high horsepower engines, including our J1939 Connect CAN sensor easy configuration Local Operating Panel (LOP), as well as our other range of sensors, wiring systems, rigid pipe ignition harnesses, CLARINUXTM Rack 65 AMS units, Smart Connecting Modules for data acquisition and and gas regulators.

We made several important and promising contacts at the show including engine OEM's and integrators/packagers who see the benefits from implementing CMR solutions. 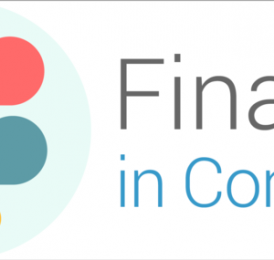 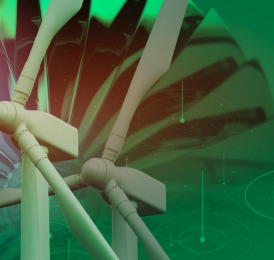